Fair Warning: this post is about 4.2 years old, so some of the information might be a bit dated. On the other hand, this post was last modified about 4.1 years ago, so maybe it's up-to-date after all. In any case, please keep all this in mind while reading. Thanks for understanding!
gg
A Quick Diversion:

Ahahahaha, yeah… I guess my posts on PA! are done basically yearly. Whoops! … Anyways, I’ve got a few things I’d like to share with all y’all.

2019 is an amazing anniversary for two important moments in Human history. First off, on March 1, 1919, Koreans committed themselves to the first public act of defiance against Japanese occupation in the first major protest, which included the reading of the Korean Declaration of Independence. Called the “March 1st Movement”, it will celebrate its 100th Anniversary next year.

But what is arguably the more important anniversary for 2019 is the TWENTIETH Anniversary of Pokémon Aaah!! That’s right, nearly two decade ago, on April 10th, 1999, I started the Pokémon website that would forever change the face of the Pokémon fandom FOREVER. … Or at least the Pokémon website that would change the face of fan created Pokémon TCG cards FORthe subsequent FOUR  years. Still, it was a momentous website, full of fun, drama, fans who were upset so I showed them the door because I thought that fan opinions weren’t valuable, and me trying to fix my mistake by making the forums more democratic… only to then turn into a benevolent dictatorship. Yay PA!

AAAANNNNNYWAYS…. I created an event on the PA! Facebook account. However, I still haven’t figured out what exactly I plan doing that day. Maybe we can do a YouTube livestream where you guys can ask me questions and I answer them, or maybe we can marathon a few Pokémon movies, or we can look over some old photos, or I can share some of my old Pokémon TCG cards, maybe set up a Pokémon Gen 6 and/or Gen 7 Wonder Trade… or maybe all of those at once! I’ll figure something out… but whatever I end up figuring out, it’ll be happening on and/or around April 10th, 2019.

Be there or be square! 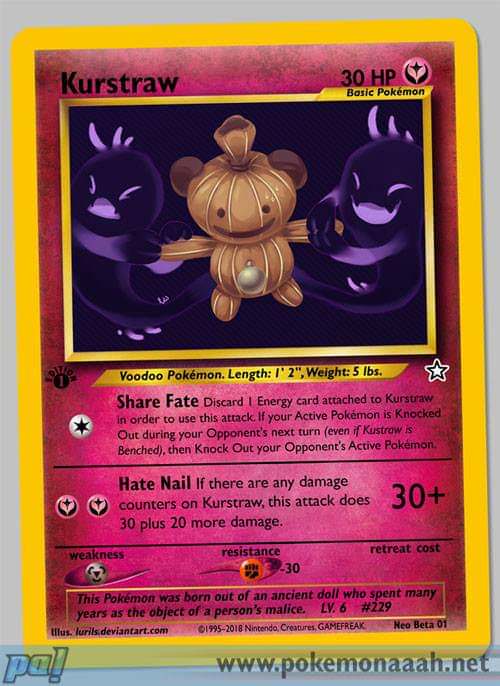 The recent reveal of the “Space World ’97” Pokémon GS Beta and all the Beta Pokémon in it has made my hype levels shoot through the roof. Like, I remember learning about them back in the day, so it’s nothing less than a straight-up dream come true to finally put actual faces to the names and confirm certain other facts (such as “Yoroidori” being a beta name for Skarmory). My initial concern was that this was just an elaborate hoax, but its effectively confirmed as the read deal.

Well, it went without saying that I MUST make fake cards for them, as I probably would have made fakes for them back in the day as well. So I ended up dusting off some of my old Neo blanks (perfect for the Gold-Silver era), even making up some new ones—Fairy, Dragon, Supporter, and Stadiums—and made this fake for one of the “new” beta GS Pokémon. I’ve also decided to name the set of GS Beta fake cards “Neo Apocrypha”, based on the Biblical-esque names of the Neo Sets (at least Genesis and Revelations), combined with the fact that some alleged gospels and other books were less “official” than the main ones in the Bible, and thus were considered as “apocryphal”.

Anyways,  fake card is of one of the removed Pokémon, originally named “Norowara” in Japanese. That name could be translated in Englisg as “Kurstraw” (curse + straw) or “Voodle” (voodoo + needle). And although Norowara is only a Ghost-type Pokémon, I’m using the Fairy blank because I feel like it would have gained the Fairy-type in in Gen 6 had it survived.

Anyways, I hope you enjoy it, and I’ll be sure to share any other fakes I make here on the site and on the PA! Facebook as well.

Subscribe, Friend, Add… whatever it may be… but do it to me!

And finally… I’ve already posted a link to the PA! Facebook account, but here’s one to the PA! YouTube. Why not subscribe to it? Actually, yeah, please subscribe to it! Because how else will you join in on the PA! Twentieth Anniversary livestream??

And finnnnnaaally… do you play Pokémon GO? Of course you do. We all do. In that case, if you could add me to your friendlist, I would be ever so grateful! 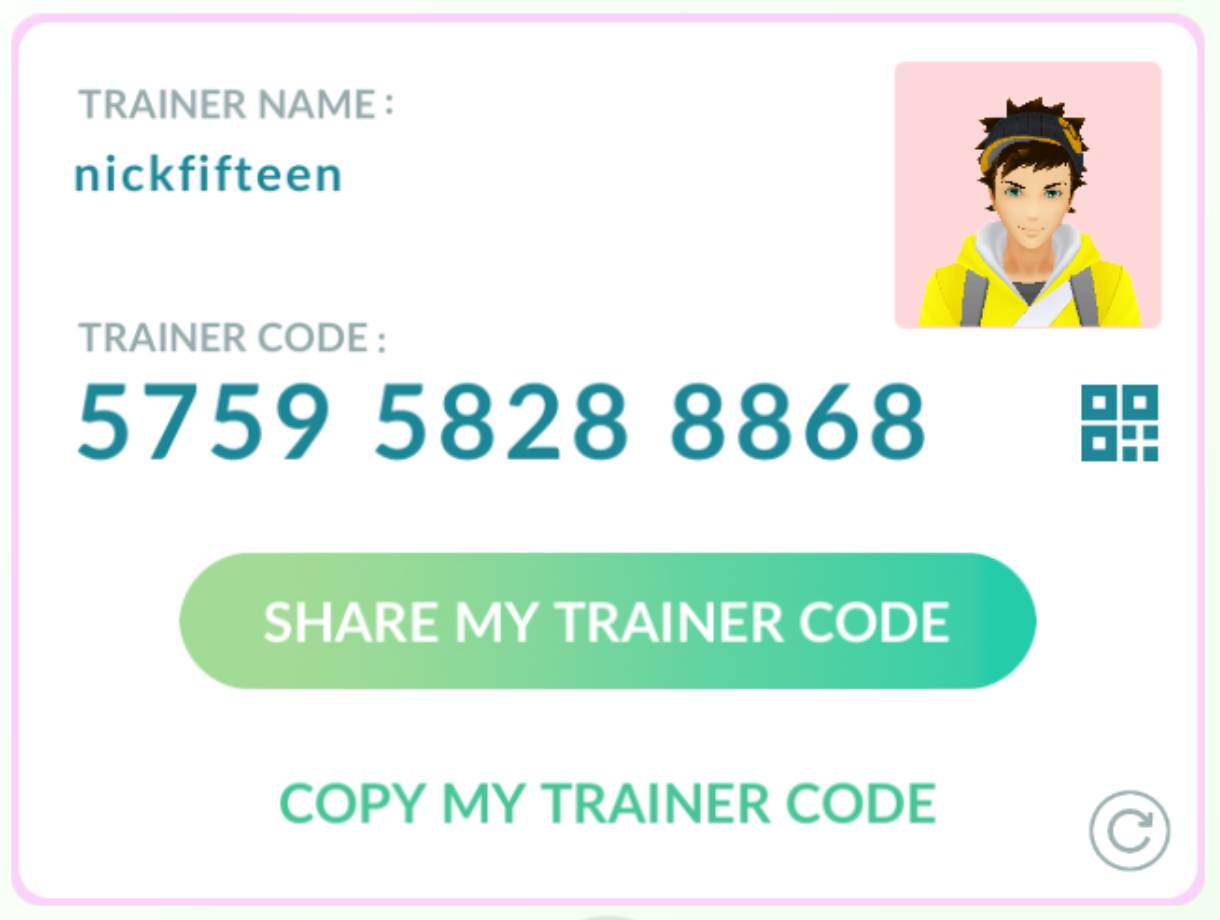 But thats basically it for the time being! Thank you for time and support, and I guess ill see you next year at the 7th Anniversary News Post! …though hopefully we can all meet up doe the PA!20 celebration! Huzzah, good times.